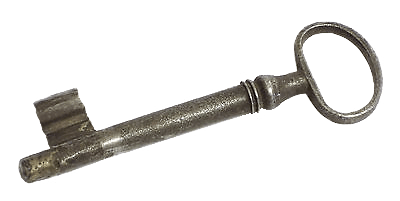 To request information on availability please fill out the form below, we will receive an email and we will respond immediately 🙂

NB: If the mobile phones cannot be reached, make a WhatsApp call to the same numbers shown above.

Send an email to Podere Camaiano

How to reach Podere Camaiano

Via La Spezia: from the E80 exit at “Gavorrano Scalo”, continue towards “Ribolla”, cross the village and after about 2 km at the junction turn right towards “Sassofortino” / “Roccastrada”. Turn left after about 1 km towards “Sassofortino”, start the ascent: street of Peruzzo about 5km with sections of 20% slope. This is the shortest way. At the end of the salitona turn right, cross the Pasos of Sassofortino and after about 3 km of bends turn left (Casella enel) on a dirt road. Continue 600 mt uphill gravel and you have arrived!

Via Firenze: from the A1 exit at Firenze Impruneta, at the roundabout the first on the right follow signs Siena, after Siena follow signs to Grosseto. Exit at “Civitella Marittima”, follow for “Roccastrada”, cross the village, continue on the curvy road and after about 6 km at the first junction keep left towards Sassofotrino SP8 (do not follow direction Siena / Torniella). After about 3 km on the right you see the enel lodge and sign “Podere Camaiano”. Turn right on dirt road uphill, ontinue 600 mt and you’re there!

If you are coming from the South via Roma: from the E80 exit Braccagni, at the stop on the right and turn right again after the “Trattoria del Madonnino” and “Olma Mill” for Roccastrada / Montemassi / Sassofortino. At the end of a 10 km straight, at the roundabout take the second exit. Take the first right towards “Sassofortino”, the ascent “strada del Peruzzo” starts about 5 km with sections of 20% slope. This is the shortest way. At the end of the long way up turn right, cross the village of Sassofortino and after about 3 km of bends turn left (Casella enel) on a dirt road. Continue 600 mt uphill gravel and you have arrived!

Podere Camaiano is waiting for you to give you unforgettable moments of leisure, nature and culture.

Bed and Breakfast, excursions, relaxation and comfortable reception in a family environment.